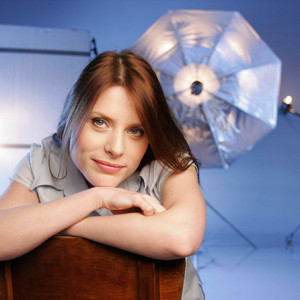 The singer Helin-Mari Arder comes from a family of musicians. Her parents also gave their lives to music – her father Jaan Arder was a singer (in such groups as Apelsin, Hortus Musicus, Elavad Klassikud, Kolm Krooni, Trio Naturale and many others) and her mother Lembi Arder was a music teacher.

Critics have called Helin-Mari the sunshine of the Estonian jazz scene, charming listeners with her musical sincerity and immediate interaction with audiences. Lithe bossas and sambas in Portuguese, charming French chansons, and music in her native language are all equally close to her heart.

The first time she stepped up on the big stage was during her studies at the Georg Ots Music High School, and the Estonian public embraced her quickly. Her first album was released at the end of 2003, and to date she has been the lead singer on almost ten albums.

Helin-Mari has graduated from the pop-jazz vocal programme at the Tallinn Georg Ots Music High School, where she studied under Mare Väljataga, and the pop-jazz vocal and music teaching programme at Helsinki Polytechnic Stadia. Her previous language studies at the University of Tartu have also come in handy, as they have enabled her to sing songs in their original languages (French, Portuguese, Italian, etc.). The band Helin-Mari Arderi trio was formed in spring 2001, and performing with it brought her first major recognition – Helin-Mari won the Nõmme Young Jazz Singers competition and got to perform at the renowned Pori Jazz Festival. In addition to Helin-Mari, the original trio also comprised Teet Raik on the guitar and trumpet, and Ara Yaralyan on the double bass. In addition to them, many other renowned Estonian musicians have also taken part in the trio over the years (Mart Soo, Siim Aimla, Danel Aljo, Taavo Remmel, Mihkel Mälgand, Toomas Rull, Ahto Abner, and many others).

After the first competition win, Helin-Mari has participated in many singing and composition competitions and has finished in the top three and semi-finals of many of them, for instance the Brussels International Jazz Singers Contest, Montreux Vocal Competition, Estvokaal, the Uno Naissoo Competition of Music Composition and Interpretation, Haapsalu singing competition, the Pärnu international improvisation contest of the shortest summer night, Lady Summertime (Finland), etc. She has also been a nominee for the best jazz album at the Estonian Music Awards multiple times.

Helin-Mari has worked with many eminent musicians (Raivo Tafenau, Lembit Saarsalu, Olav Ehala, Sergio Bastos, Andy Fite, Larry Price, and many others). In addition to Estonia, she has performed in many European countries, the United States of America, and Russia. She has put on many original and exciting concerts, such as a concert of Arabian love songs entitled ‘1001 ööd’ (‘1001 nights’), a concert of Estonian folk and religious songs entitled ‘Mu süda ärka üles’ (‘Wake up, o heart of mine’), joint concerts with the American singer-guitarist Andy Fite, and also ‘Kuulates Legrandi’ (‘Listening to Legrand’), consisting of the oeuvre of the great songwriter Michel Legrand, and ‘Café Anglais’, Helin-Mari’s own music. In addition to that, she has a performed a chanson set with the accordionist Jaak Lutsoja, the concert project ‘Avarsinise taeva ja laulude tund’ (‘An hour of clear blue sky and songs’) with Tallinn Old Town Mixed Choir, and many more interesting endeavours. The majority of those concert projects have also been recorded and are available on CD.

Among Helin-Mari’s newest concert programmes is ‘Aeg ei peatu’ (‘Time does not stop’), written to lyrics by Ott Arder and also released as the album ‘Ununenud unistused’ (‘Forgotten dreams’) in autumn 2013. Over the past few years, Helin-Mari has also written music to lyrics penned by the poet Eeva Park. They performed together in spring 2013 at the Jazzkaar concert day ‘Luule jazzis’ (‘Poetry in jazz’), which served as inspiration for the album ‘Öö valgus’ (‘Night light’), released in spring 2014, both as a separate album and also coupled with Eeva Park’s new poetry collection ‘Oda jälg õhus’ (‘The spear’s trail in the air’). 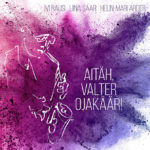 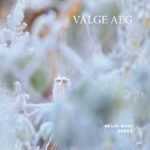 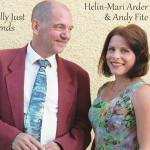 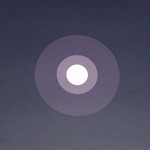 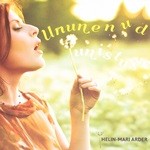 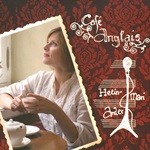 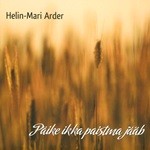 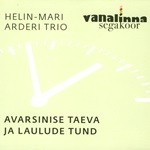 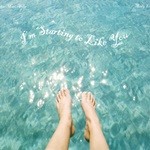 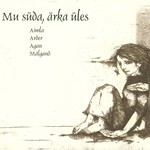 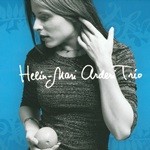 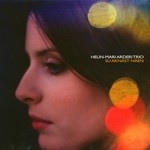 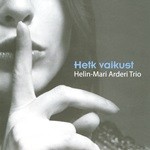 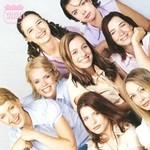